TriLink社 The Scaled Back Tale of CAR-based Therapeutics

The Scaled Back Tale of CAR-based Therapeutics

Earlier this year, scientists from Sloan Kettering University reported in Nature Medicine1 that attenuating the activation potential of CD28-based chimeric antigen receptors (CARS) may actually improve the clinical outcome for patients with leukemias and lymphomas.

CAR-based therapy is just one of many immunotherapies to enter clinical trials in recent years. It works by engineering the patient’s own T cells to enhance the immune response against a specific tumor antigen  (see Figure 1). 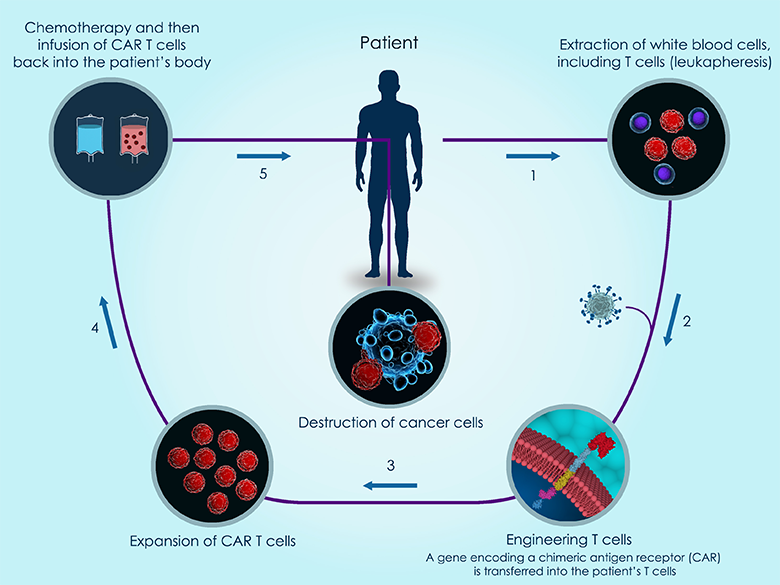 Figure 1: 3d illustration of the basic steps of CAR T-cell therapy against cancer.

Despite early success in patients with leukemia and lymphoma, the limited persistence this therapy confers on T cells has been recognized as one of its constraints.

"Strong T cell activation drives exhaustion, which may be accentuated by the redundancy of CD28 and CD3ζ signaling, as well as the spatiotemporal constraints imparted by the structure of second-generation CARs," the authors explained.

The authors reduced the number of CD3ζ immunoreceptor tyrosine-based activation motifs (ITAMs). In doing this, they found that CARS encoding a single ITAM directed T cells to different fates, affecting function and potency. They also noted the importance of the location of the activated ITAM.

Specifically, CARs designed with the functional ITAM at the first position exceeded the parent design by inducing long-term remission in 100% of mice, thereby demonstrating that one ITAM can maintain effective potency and induce increased persistence in T cells.

However, CARs with an activated ITAM at the third position showed markedly diminished antitumor efficacy compared to the parent CAR (with three ITAMS), and they only achieved a transient reduction of tumor burden.

Further experiments led the researchers to conclude that calibrating CAR activation exhibits its effects by balancing effector and memory programs.

While these experiments are promising, clinical studies are needed in order to determine if this effect is transferrable to humans. These are now underway.

In addition to the long-term persistence of this design, the safety profile will also be of high interest, as several CAR-based therapies have been linked to multiple severe side effects, some of which have resulted in death in late stage clinical trials.