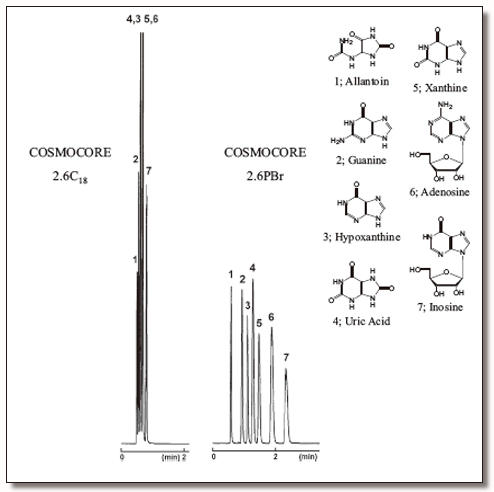 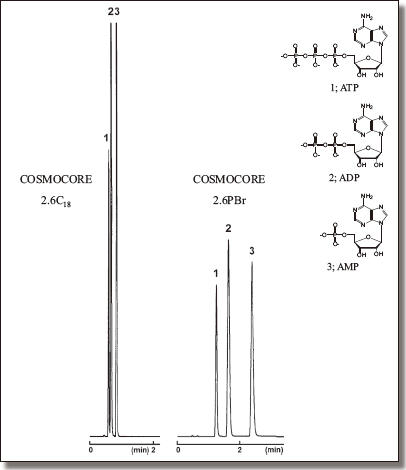 London dispersion force is a weak intermolecular force that results from dipoles temporarily induced by random unsymmetrical electron positions in two adjacent atoms, also known as instantaneous dipole?induced dipole force. It is present in all molecules regardless of polarity. Compounds with high polarizability have stronger dispersion force.

Acetonitrile is frequently used in HPLC to reduce backpressure. However, the π electrons in acetonitrile interfere with the dispersion force interaction between the sample and the stationary phase. Therefore, we recommend using methanol as the organic solvent.

Both columns are suitable for analysis of hydrophilic compounds, but they have different properties.

Glycosides with identical aglycones but different glycosyl groups can also be separated. 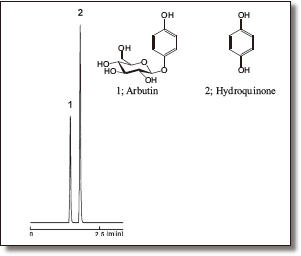 Other sizes may be available.

>> For UHPLC (COSMOCORE) fittings and adapters, please see this page.